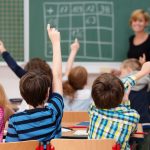 I always knew, of course, that this day would come. And now it has, it’s greeted with excitement tinged with regret.

A mere fifteen-hundred-odd days on from my daughter’s birth, and my own rebirth of sorts into a more purposeful form, it’s time to hand over the reins. I’ve been a...Read More »

I won't plead The Fifth on The Eighth: I say Repeal. 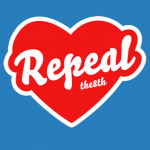 I’ve been wanting to add my voice to an already noisy debate, to back a YES vote, but I had my doubts. I don’t doubt that The Eighth Amendment is an archaic dictum, restricting intolerably...Read More » 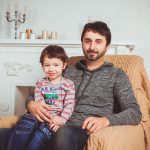 Parenting is no picnic. While few other adventures in life are as rewarding and fulfilling as being a parent, there are many roadblocks and hurdles to overcome—especially for a single parent. Being a single father can be an isolating experience for some men,...Read More » 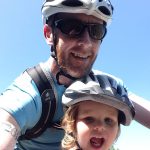 “No, you’re the dickhead!” shouted the previously uninvolved motorist from his position in the gridlock. And you know what, mate? Maybe I am.

Maybe I am because I choose the sustainable, healthier, and (at 8:45am) way quicker mode of transport for me and my daughter.

Maybe I am because I think cycling to créche...Read More » 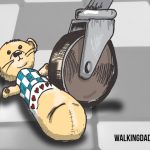 you have the very best intentions in the world, no doubt. But you don’t know the full story here; for the last ten minutes we’ve been playing the ‘throw the soft toy away so that Dada has to pick it up’ game.. and I’m done with that. Since very early...Read More » 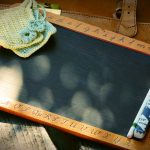 Bringing up a child is without any doubt one of the most challenging, but also potentially most rewarding experiences a person can have. The mixture of pride when they learn or do something well is mixed with less glamorous...Read More »

Can I even be bloggered? Parenting blog dilemmas. 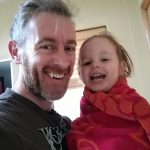 For the newbie blogger, just starting out and full of enthusiasm, there are a staggering number of “How-To” articles and posts available to read. I, like so many others, did just that. I Googled, I read, took notes, and voraciously consumed tips on best practice for blogging – especially a parenting blog....Read More »

I swear to be a good parent.. FFS. 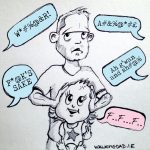 Let’s talk about language. And no, I don’t mean the essentials of learning words, grammar, and how to use them. Mimi’s not had much trouble with that, due in no small part to the chatty genes she got from her mum, and the fact that we both basically talked to...Read More »

The Veggie Best of Friends: 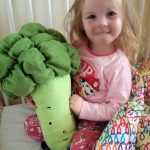 While I’d like to think I’m the most important man in Mimi’s life right now, there is another. This guy is her other go-to when she’s down, tired, or just in need of a cuddle. He’s eminently huggable, always smiling, oh, and he’s green.World, meet Broccoli – formerly known...Read More »

WHAT THE FOX? How dads read kids' books. 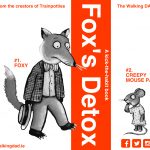 There are few pleasures simpler or as rewarding as reading to (and with) your little one.
Sometimes a children’s book captures the imagination of the child and the out-loud reader alike, A Child of Books being a perfect example. Other times, it seems kids latch onto a particular book...Read More »

What to do with a SpiderBaby?!

We have a SpiderBaby – and I’m not sure whether to be proud or just plain terrified.

These days, the phrases I hear myself saying more often than any others are: ‘Be careful.’ ‘Don’t climb on that.’ and ‘Jesus! How did you get all the way up there?!’ As you may...Read More » 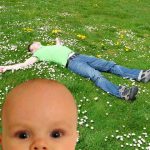 Back in the long, long ago. When I was a younger, more enthusiastic, obliviously optimistic dad, the idea of being a stay-at-home parent seems to me to be the most natural, fantastic adventure. Obviously now, as I’ve just clocked up two years of SAHD-ing, things are different; I’m older, probably...Read More »

Kids or not, you should get this book 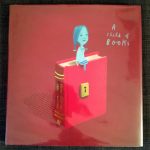 I had no intention of foisting anything like a Christmas gift guide upon the world, but something we came across made me reconsider. Don’t worry, I shan’t be flying the flag for using VR as a babysitter (though it’s tempting), or championing the seemingly unending stream of princess-pink tat that’s on...Read More »

Donald-Ducked: What do we tell our daughters now? 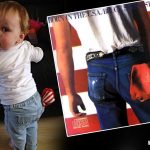 It’s been an arduous few weeks here; an abundance of freelance jobs (I shouldn’t complain) arrived just as Mimi’s mum had to depart on her longest work trip yet. We all survived the respective late nights, hurried Skype chats, jet lag, and a surprise homecoming gift of food poisoning for...Read More »

I can totally do this.. can't I? First day as a stay-home dad. 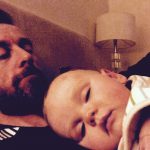 These were the words of reassurance I said to my wife as she lingered at the front door on a cold January morning, the day her maternity leave ended. Fronting-up with faux bravado and a confidence...Read More »

I did have a nice shiny new post all ready to go today, but I’ll hold off, as events overtook me. (And I’ve heard these listicle things do well!)

Will of course get around to describing the whole palaver in a blow-by-blow way, but for now, here are seven things that...Read More »

Anatomy of the stay home dad. 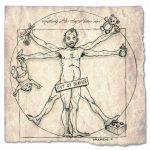 There are impressive bags of startling hues under my eyes – I think they’re here to stay.

I have some unidentifiable stains on my shirt, the same shirt that I might have worn yesterday – I’m not sure.

There’s a saccharine sing-song tone to my voice that was never there when I...Read More »